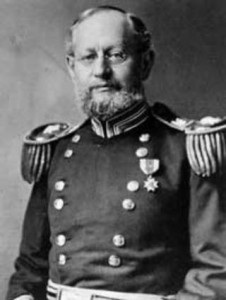 “The great lesson for democracies to learn is for the majority to give to the minority a full, free opportunity to present their side of the case, and then for the minority, having failed to win a majority to their views, gracefully to submit and to recognize the action as that of the entire organization, and cheerfully to assist in carrying it out, until they can secure its repeal.”

He accepted the duty hoping that his lack of knowledge would not be an embarrassment to himself or a disservice to those at the meeting. We don’t know exactly what happened at that meeting, but we do know that he determined then to learn something about parliamentary procedure before he attended another meeting.

The In Brief meeting-rules handbook 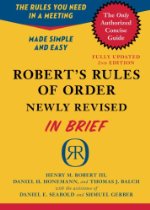 Owning a copy of the real Robert’s Rules is essential for anyone who has to lead an organization that names Robert as its parliamentary authority. Any officer or member of a board in such an organization needs to own a copy. The authors, however, inform that 80 percent of the book’s content is probably needed only about 20 percent of the time, and suggest that for those who just need to “get by” with a quick reference on meeting essentials, Robert’s Rules of Order Newly Revised In Brief will serve that need. The in-brief version is completely consistent with the rules of order found in the full version described above. As the authors say,

For one who will brave it, RONR is written to serve as a self-explanatory text that can be read through, with topics presented in an order that will best convey an overall understanding of the entire subject matter. You need not apologize, however, if you find that to be a bigger project than you would like to take on at this point.

If you are such a person, and want to know how to get by in a meeting or as a club president, this brief book is for you.

Get your copy of Robert’s Rules of Order Newly Revised In Brief here.