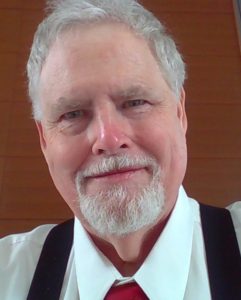 My father was a hotel manager. He married a beautiful front desk clerk. I was born in a hotel. I grew up living and working in hotels. In case you never thought about it, hotel people work so that everyone else can play. I tried selling life insurance as an alternative. No luck there.

In 1988, after I slaved for nearly 20 years in the hotel business, a big bad bank seized my boss’s hotel. The bank had no more clue how to run a hotel than my boss knew how to run a bank.  I told the banker’s lackey in the manager’s office that I figured to be better off seeking my fortune elsewhere than by spending any time watching them lose money. I was right. Neither the hotel nor the bank are in business today. I am.

In 1989, I started a business services and consulting company. We  provided corporate bookkeeping and tax-return preparation services. I learned that year that Louisiana notaries could create corporations, and I saw a certain economy in being able to do that for my clients. So I set about reading Woodward’s Notarial Manual so I could maybe pass the  notary exam and thereby get a letter from the court saying I was competent and qualified to be appointed as a notary in East Baton Rouge parish.  It was a daunting task. I could tell by reading Mr. Woodward’s manual that I needed to enroll in a formal exam preparation and study program. I did. It was that course that helped me put all the information in perspective.  All together, I spent about a year in study, and I passed the East Baton Rouge Parish examination. The judge wrote his letter, and the governor signed my commission in 1990.

At the same time I was studying for the notary exam, I was elected president of a newly forming church’s first executive board. Needing to know how to be a presiding officer, I enrolled in a parliamentary procedure workshop offered by the Baton Rouge Unit of Parliamentarians. That workshop changed my life! Thanks to the mentorship of two of the founding members of that organization, I found myself immersed in a study of parliamentary procedure that continues today.

By 1992, I had learned something about how the different motions worked, but I knew nothing about forming an organization like the one my friend Judy asked me to help her start. I did know, however, that Robert’s Rules, or, more particularly Robert’s Rules of Order Newly Revised contained a whole section about starting a new organization from the ground up. It became somewhat of a case study using Robert to help start a local notary association. The Capital Area Notary Association grew quickly to become the Louisiana Notary Association.

After being credentialed as a professional parliamentarian in 1996, I wound up serving as the notary association’s first executive director. A few years later, I took on the job of publishing a newsletter for Louisiana notaries that had been in publication since 1983. I’m lucky: the former editor takes my questions when nobody else knows what I might want to know.

In 2002, the secretary of state appointed me to a legislative study committee on Louisiana notary matters. I showed up ready to take notes for my newsletter readers only to find the secretary had my name up in lights where the committee members sit. I enjoyed serving on that committee and others that have been integral to the state’s ongoing “professionalizing” the office of notary in Louisiana.  The work continues. As does my work as a parliamentarian.

I stay pretty busy, but if you need something, contact me. I’ll see what I can do to help.